Pain medication could put your heart at risk 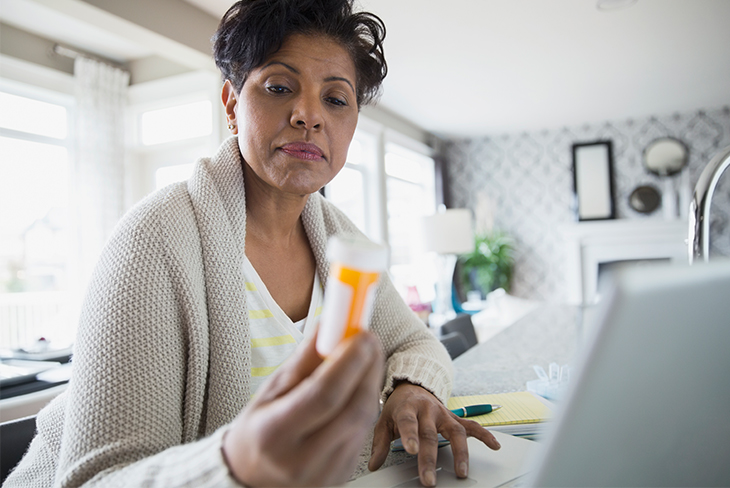 Before you reach for the anti-inflammatories, get informed because you could be increasing your likelihood of heart attack or stroke.

It’s a common scenario: you go to the gym or for a run and pull a muscle or injure yourself. It’s not serious, but it niggles at you. Perhaps it’s painful enough to keep you awake at night. So you pop down to your local pharmacy and pick up an over-the-counter (OTC) anti-inflammatory like ibuprofen.

What you probably don’t realise is that you may be putting your heart’s health at risk, especially if you are someone with cardiac risk factors (and even if you aren’t). Growing evidence suggests that non-steroidal anti-inflammatory drugs (NSAIDs) like ibuprofen may not be as harmless as most people think they are.

What are non-aspirin NSAIDs?

What are the risks?

The United States’ Food and Drug Administration (FDA) has long cautioned patients about cardiac risk and NSAIDs, and a study published in The BMJ has confirmed the warnings. After surveying data from almost half a million patients, the study also showed that some risks can appear after just a few days of using NSAIDs.

When researchers compared people taking NSAIDs with people who didn’t take NSAIDS, those who did had an estimated 20–50% greater risk of having a heart attack. The study also confirmed that newer NSAIDs like celecoxib, known as COX-2 selective inhibitors, carry equal risk for causing heart problems and heart attacks compared to traditional non-selective COX-1 and COX-2 NSAIDs.

What does ibuprofen do to your body?

Heleen Voges, a clinical pharmacist at Life Wilgers Hospital in Pretoria, says that ibuprofen reduces pain, inflammation and fever by inhibiting COX-2 enzymes, resulting in the inhibition of prostaglandins, which are mediators of pain, inflammation and fever. COX-1 enzymes have a gastric mucosal protective function in the body, and since ibuprofen also inhibits this enzyme, it increases the risk for stomach ulcers. In addition, ibuprofen inhibits thromboxane, resulting in decreased platelet aggregation, leading to the thinning of blood, which can increase the risk for bleeding.

‘And the dosage or how long you have been taking them doesn’t matter,’ she says. ‘Whether for a week or month, the increase in cardiac risk is similar.’

According to the British Heart Foundation, NSAIDs can increase the risk of heart failure because this medication can inhibit the normal functioning of the kidneys, i.e. they cause the body to retain more salt and water. NSAIDs also cause ACE inhibitors and diuretics, which regulate blood pressure, to become less effective. With this in mind, an increase in blood pressure can worsen an already weak heart.

The exception seems to be aspirin. Even though it’s a type of NSAID, it doesn’t appear to be associated with a higher risk of heart attack or stroke. However, the FDA has issued a caution that: ‘Patients who take low-dose aspirin for protection against heart attack and stroke should know that some NSAIDs, including those in over-the-counter products, such as ibuprofen and naproxen, can interfere with that protective effect.’

Heleen points out that part of the problem lies in many people believing the misconception that if you buy something OTC, it is safe because it’s freely available. ‘That’s simply not true,’ she says. ‘You should always ask your pharmacist or doctor for advice before taking any kind of medication.’

She also flags some other risks of taking NSAIDs: ‘They’re not just dangerous for cardiac patients. They can also affect your kidney function because NSAIDs decrease urine output. So they are not advised for patients who are in kidney failure either.