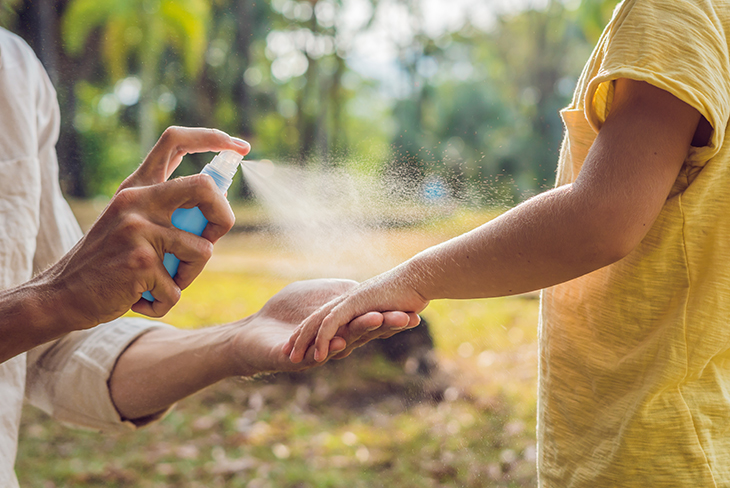 More often than not, mosquitoes are a whiny disturbance that keeps you awake and leaves you with an itchy welt in the morning. Get bitten by the wrong mosquito, though, and you could find yourself with a life-threatening disease: malaria.

Malaria is a very serious disease, killing thousands each year. It is caused by a parasite carried and transmitted by the female anopheles mosquito. If an infected mosquito bites you, parasites are transmitted into your bloodstream causing a potentially life-threatening parasitic infection.

Once you’ve been bitten, the parasites travel to your liver. When they mature, they leave the liver and infect your red blood cells. This is when people typically develop malaria symptoms.

What are the symptoms?

Malaria symptoms typically present within a few weeks of being bitten by an infected mosquito. However, some types of malaria can lie dormant in your body for up to a year.

Signs and symptoms of malaria may include:

Because the parasites that cause malaria affect red blood cells, according to the Mayo Clinic, you can also contract malaria from exposure to infected blood, including:

Should you be wary of malaria?

South Africa is largely malaria-free, but certain parts of the country are risk areas. Sonique van den Berg, a pharmacist at Life Peglerae Hospital, says danger areas include the northeastern side of KwaZulu-Natal, the Lowveld of Mpumalanga and Limpopo, and the parts of the country bordering Zimbabwe, Mozambique and Swaziland.

She adds that the danger period lies between September and May each year, with January to April being the time with the highest risk for transmission.

‘If you are travelling elsewhere on the continent, consult your closest travel clinic on malaria-risk countries,’ says Sonique.

Who is most at risk?

Sonique says that children and pregnant women are two of the most vulnerable groups affected by malaria.

Some people are more at risk due to pre-existing medical conditions, so you need to share your medical history clearly and provide a full list of medication.

Sonique cautions that all medicines have adverse effects and the risk of developing serious side effects must be weighed against the risk of contracting malaria.

‘No prophylaxis is 100% effective,’ she says. ‘However, the Guidelines for the Prevention of Malaria in South Africa, 2017 edition, tells us that the disease in those taking prophylaxis is likely to be milder and less rapidly progressive.’