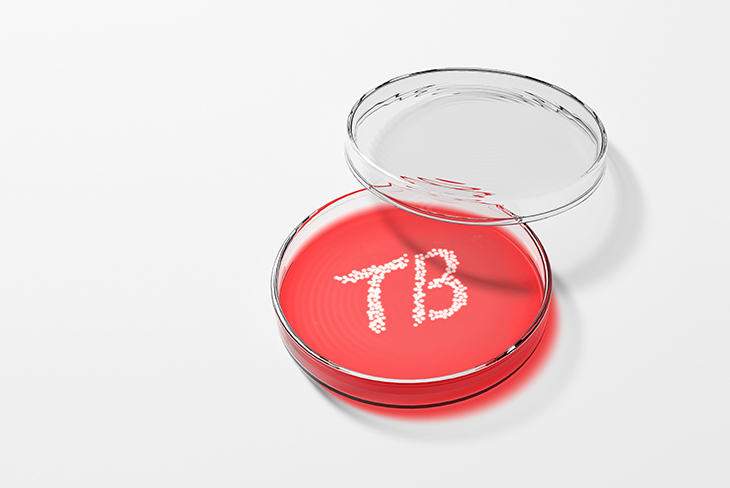 Bedaquiline, a new drug, has effectively reduced treatment duration of multi-drug-resistant tuberculosis (MDR-TB) from around 18 months to approximately nine.

When it comes to infectious diseases, most people would probably assume HIV/AIDS is the biggest concern ... and they’d be wrong.

Tuberculosis (TB) is the world’s leading infectious killer, taking a life every 18 seconds – so says Andrea von Delft, a physiotherapist at Life Beacon Bay Hospital and Life St Dominic’s Hospital in East London. She is also a passionate TB advocate at TB Proof, a non-profit organisation. ‘TB has only about half the funding necessary to develop new diagnostics, treatment options and patient-support programmes to attain the Sustainable Development Goal (SDG) of ending the epidemic by 2030,’ says Andrea. However, despite this, three new drugs were introduced into the market recently, the first in 50 years.

‘Antimicrobial [antibiotic] resistance is a global public health emergency,’ says Andrea. ‘Anyone can contract XDR-TB primarily and, until recently, you only had a 20% chance of being cured, with the risk of severe side effects. The new Nix-TB regimen requires only three oral drugs – bedaquiline, linezolid and pretomanid – instead of an average of eight toxic drugs in the current treatment, which can include thousands of pills, six months or more of daily painful injections and debilitating side effects such as deafness and blindness.’

There’s a strong South African link to the new regimen. ‘In the Nix-TB trial, a South African study led by Dr Francesca Conradie, pretomanid, bedaquiline and linezolid were given to XDR-TB patients,’ says Andrea. ‘All are not part of the standard treatment, so there’s minimal resistance. Forty patients completed the six-month trial and of the 31 that had a six-month follow-up, one patient relapsed, while another was reinfected. No patients withdrew from the trial due to drug toxicity, nor extended treatment.’

TB is contagious and all strains of the disease are transmitted in the same way – via airborne bacteria spread when infected people cough. So, if you develop symptoms like coughing for more than two weeks, unexplained weight loss, night sweating and loss of appetite, you should see your doctor and have a chest X-ray and GeneXpert sputum test, as these could be TB symptoms.

‘The GeneXpert is a diagnostic tool that can test if you have TB and if you are sensitive to rifampicin, the most important medication used to treat drug-susceptible (DS-TB) or “normal” TB,’ says Andrea. ‘If you’re sensitive, you’ll start treatment immediately. If the GeneXpert shows you are rifampicin resistant, you are deemed to have drug-resistant TB (DR-TB). Further tests will determine MDR-TB or XDR-TB.

‘If a person is presumed to have TB, they will be isolated until test results are available. When a person with DS-TB starts treatment, they are much less infectious within 72 hours. With DR-TB patients, current treatment options are not as effective and patients stay in isolation until their culture tests are negative – this could be up to six weeks or more in a hospital, with recommended isolation at home for an additional four weeks.’ At Life Healthcare, patients are isolated for two weeks on appropriate treatment and clinical improvement is noted.

Andrea says simply coming up with new drugs and diagnostics – while vital – is not enough to fight the scourge of TB. ‘Our country also needs to address the social determinants of health through social and economic improvement, otherwise TB will remain a huge healthcare burden. It’s also vital to address issues around stigma associated with TB, because it creates a barrier to accessing treatment, and then it doesn’t matter if you have the best drugs and diagnostics in your healthcare facilities.’

Note: Whilst the Nix-TB trial had positive results, the three drugs (linezolid, pretomanid and bedaquiline) still need to be approved for treating TB by the South African health regulatory authority.

Fast facts about TB in South Africa and globally